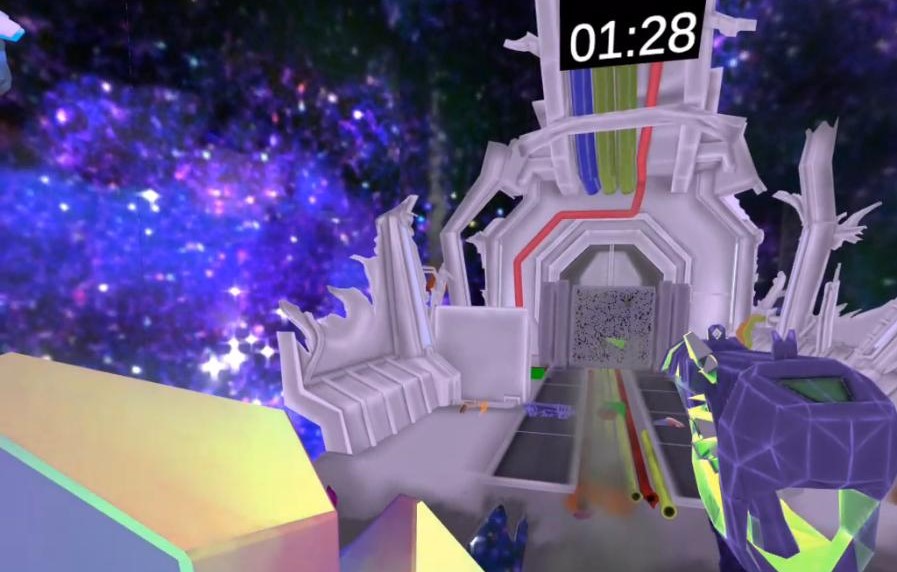 OBJECTIVE: Create a cooperative VR experience that merges the virtual space with physical one

On-Site Demo With Our Team

As a location based 3v3 Virtual Reality shooter, VRena sets players in the deteriorating remains of an alien-infected spaceship and allows them to face off against their friends in an arcade style shootout where the most points win. Where VRean sets itself apart are its location-based room scale VR functions and real-life topographical analogs. VRena players assemble together in person at a custom-made arena, where the various cover locations from the game have real life physical counterparts; this way, players can link up and navigate the virtual world and physical world simultaneously while actually interacting with and touching things in the game. Using these features, the teams of three spread out

through the arena and use the physical cover to evade the enemy’s fire and try to earn points of their own. New weapons, powerups, and abilities spawn into the arena as the game progresses, and players can use these tools to gain an edge over their opponents and score more points. During a match, the virtual spaceship arena will begin to break apart and open up as space debris impacts the hull, this changes the intensity of the game and marks the final minutes of a match. Once the time limit has expired, total points are tallied, and a winning team is declared; stats and achievements for individual players are shown and a new match can begin again. 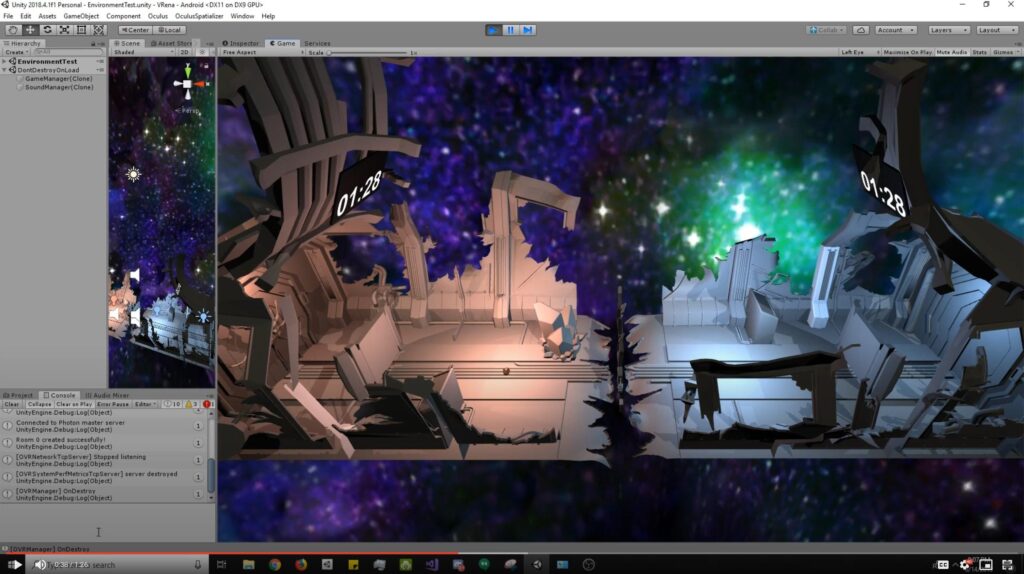 Original Music from Our Composers

A spaceship halfway was constructed to act as the arena for the shoot-out, Various forms of cover littered the corridor and a rift split it down the middle. As the game clock progressed, the ship corridor would become more and more damaged by asteroid strikes until a majority of the top half of the stage would be torn off into space. As such, two different models were made for the corridor, representing its pre- and post-destruction states. Additionally, there are some different bits of cover in the environment that were designed to allow players to slowly whittle away at them, rewarding players that coordinated their attack on specific locations and players. 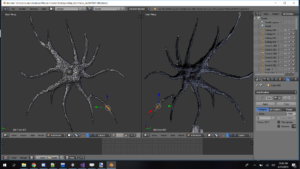 With the hallway destroyed, pieces of the destroyed ship would fly in the space between the two teams serving as intermittent cover, including a variety of solar panels and twisted scraps of metal, as well as useful little powerups. There was some thought given to adding a strange alien presence to one half of the corridor, with the implication that said alien was in some way responsible for the destruction of the ship. A combination of foley and synthetic sound sources were used to create sound effects for various weapons and items in the game. Sound effects for the firing of weapons had to be synced to the entire firing animation for each weapon.